WASHINGTON — The U.S. State Department is in the final stages of clearing the sale of 22 MQ-9 drones to India, with an expectation that U.S. President Donald Trump will announce the sale during the upcoming visit of Indian Prime Minister Narendra Modi.

Modi, who will meet with Trump for the first time on June 26, is expected to discuss a wide range of topics, including terrorism and visas, but is poised to walk away with an offer to purchase the unarmed MQ-9B Guardian design produced by General Atomics.

The Guardian design is a variant of the Predator B drone, equipped with several radar systems specifically useful for maritime searches.

“We are pleased that the U.S. government has cleared the way for the sale of the MQ-9B Guardian to the Indian Government,” said Linden Blue, CEO of General Atomics Aeronautical Systems, in a statement to Defense News. “Guardian provides the endurance and capability required to significantly enhance India’s sovereign maritime domain awareness in the Indo-Pacific.

General Atomics Aeronautical Systems is standing by to support the US and Indian Governments throughout this process”
It is unclear how much the sale will be worth, nor what offsets were being offered to India. Modi’s Make in India initiative has emphasized production on the ground in India be part of weapon procurement from foreign suppliers. However, GA estimates the sale will create around 5,000 jobs in the U.S. through its supply chain.

An industry source confirmed that General Atomics has been told the sale is being approved. A spokesman for the U.S. State Department declined to comment.

But offering sales to New Delhi and getting them concluded are two very different things, with the Indian government notorious among defense circles for dragging out negotiations before cancelling them outright.

“If you can get something done over a 10 year process with India, you are above average,” said Richard Aboulafia, an analyst with the Teal Group.

And any foreign weapons sale needs to go through a series of checks. Once State gives its final OK, the Senate will have a chance to weigh in before final negotiations begin, a period when proposed sales often change due to budget or strategic shifts, which is to say, an offer of 22 MQ-9s may still result in a sale of fewer systems.

Still, analysts seem heartened by the idea that the U.S. will finally move to sell India such systems after years of hesitancy.

Letting India have the drones is a no-brainer move for American interests, said Michael Horowitz, a former Pentagon official and unmanned expert now with the University of Pennsylvania.

“The United States should be able to export advanced drones to India, an important strategic partner,” Horowitz said. “If the U.S. is not willing to export, others will. We know this because India has already purchased 10 armed Heron TP drones from Israel.”
Bharath Gopalaswamy,the director of the Atlantic Council’s South Asia Center, added that the U.S. should take a step further and sell India armed drones to bolster shared interests in combating terrorism.

“The United States should also pursue the sale of lethal drones, which are capable of precision strikes against non-state groups operating on the border,” Gopalaswamy wrote in a June 22 commentary. “Such an agreement will offer domestic economic benefits, spur job creation in the United States, and help to advance U.S. counterterrorism objectives in turn.”

For weeks, there have been rumors floating in industry circles that Modi could be offered a massive arms package akin to that put forth by Trump when he visited Saudi Arabia last month. The Saudi deal was announced as a $110 billion agreement, a public relations coup for leaders of both nations, but in reality consisted mostly of previously-agreed-upon transactions and potential future agreements, which may never come to pass.

That no longer seems to be on the table as the visit approaches, with two sources familiar with discussions saying there simply has not been enough done to lay out such a massive package offer. However, American defense firms remain eager to tap into the Indian market.

Gopalaswamy, meanwhile, calls for more U.S. investment in India’s space and naval capabilities, saying that would allow India a greater role in patrolling the Pacific waters — and as a counter to Chinese expansion in the region.

But the golden ticket remains the same contest that U.S. companies have eyed for the better part of a decade — the rights to sell India over 100 new fighter jets. After a series of starts and restarts, that competition appears to be down to Lockheed Martin’s F-16 and the Saab Gripen.

To try and sweeten the pot, Lockheed has offered to do significant production on the F-16 line inside India, with officials announcing recently that Indian defense firm Tata Advanced Systems Limited would take over F-16 final assembly and check out if Lockheed is ultimately awarded the contract.

The Obama administration prioritized strengthening ties with India, in part, to counter China’s regional influence. While the relationship between Modi and Trump remains to be seen, the Indian prime minister will likely be heartened by an apparent move from the Trump administration to put pressure on Pakistan over terrorism links.

The first Trump budget dramatically cut Pakistan’s military funding, and Secretary of Defense Jim Mattis told the Hill during recent testimony that the relationship with Pakistan will factor in heavily to a new Afghanistan strategy.

Critics of Pakistan say Prime Minister Nawaz Sharif’s government has not done enough to stop militants, particularly from the Haqqani network, from flowing into Afghanistan.

The demonstration also included the first SATCOM taxi of the MQ-9B.

This capability will eliminate the need for a ground control station and pilot/flight crew to be located at the aircraft’s base which will drastically reduce airlift requirements when the RPA is “forward deployed”.

The SATCOM-only Launch and Recovery Element operations capped another great year for MQ-9B development, which included an endurance flight of more than 48 hours in May 2017 and the first FAA-approved flight for a remotely piloted aircraft in non-segregated airspace in August 2017.

The MQ-9B will become the first of it’s kind when the MQ-9B PROTECTOR is delivered to the UK’s Royal Air Force in the early 2020s.

MQ-9B is continuing its momentous development, which now includes SATCOM taxi, takeoff, and landing capability,” said David R. Alexander, president, Aircraft Systems, GA-ASI. “When we partnered with the RAF to develop the world’s most advanced RPA, we identified SATCOM ATLC and SATCOM taxi as important safety and efficiency features, and we’re proud to have demonstrated it successfully using one of our capital aircraft. 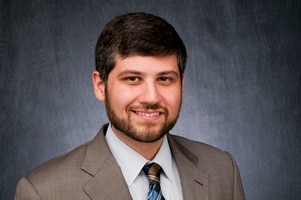 About Aaron MehtaAaron Mehta is the Senior Pentagon Correspondent and Associate Editor for Defense News, covering policy, strategy and acquisition at the highest levels of the Department of Defense and its international partners.